Electric automaker Lucid Motors has completed the initial phase of its $700 million factory, a milestone required to begin production of its first luxury all-electric Air sedan this spring.

The factory, which is located about halfway between Tucson and Phoenix off Interstate 10, has the capacity to produce 30,000 vehicles a year. If Lucid, led by CEO Peter Rawlinson, is successful in its bid to attract buyers, that factory will expand from its current 999,000 square feet to more than 5 million square feet. Once fully built out, the factory will have the capacity to build 400,000 vehicles a year.

It’s an ambitious plan for a company that has yet to deliver a single vehicle. Yet, Rawlinson has remained bullish of EVs and Lucid’s future. Lucid is already getting ready to resume construction on the next phase of the factory early next year that will be used to produce its next vehicle, an all-electric SUV in 2023.

The company plans to build out the factory, which sits on 590 acres, over four phases through 2028. 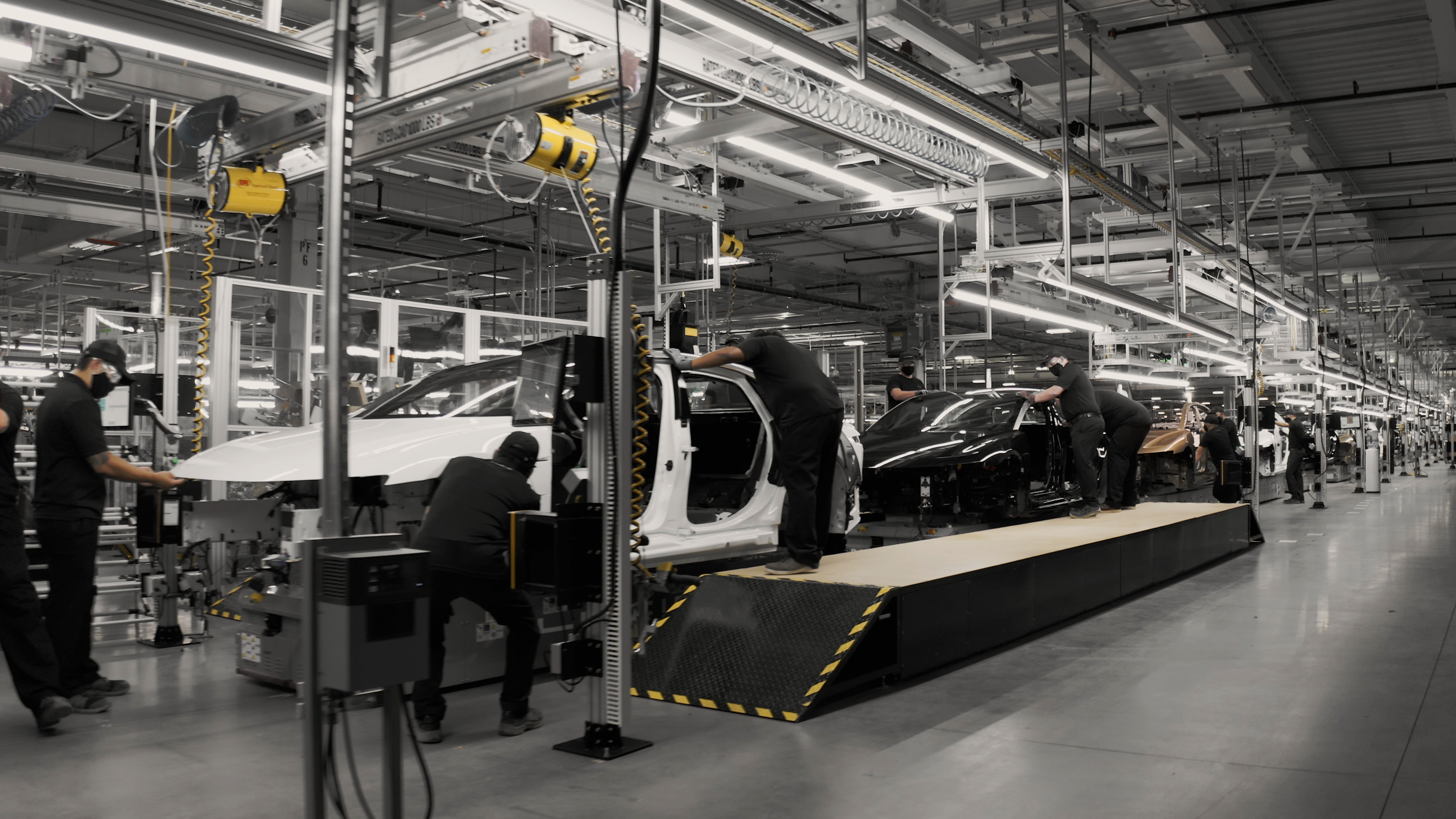 The completion of the first phase comes about four years since Lucid Motors first announced its intentions to produce electric vehicles. It’s a milestone that almost didn’t happen. As the company burned through capital, it struggled to find new investors. Saudi Arabia’s sovereign wealth fund finally stepped up in September 2018 and committed to invest $1 billion into the company.

The all-electric luxury Air sedan, which was revealed in September, has a range of up to 517 miles, depending on the variant, and a design that puts technology and understated luxury front and center.

The Air is meant to be the electric alternative to the Mercedes Benz S Class. That means performance matters as much the design. and it does come with some eye popping performance specs. For instance, the Dream edition boasts 1,080 horsepower and can travel from zero to 60 mph acceleration in 2.5 seconds. As a result of the power, the Dream edition has 465 miles of range. Meanwhile, the Grand Touring has 800 horsepower and can hit that same acceleration in 3 seconds, but has the highest range of 517 miles.

The Air will also be loaded with 32 sensors, a driver-monitoring system and an Ethernet-based architecture all for its advanced driver assistance system, which is designed to support hands-free driving on highways. Inside, a 34-inch curved glass 5K display sits in front of the driver, and appears to float above the dashboard. Another center touchscreen is retractable, revealing more storage. Meanwhile, a few physical controls remain on the steering wheel and just above the center screen to control volume and activate the ADAS and Amazon Alexa, which is integrated into the vehicle. Below that center touchscreen and moving to the console is a spot for inductive charging, cup holders and USB-C ports, along with additional storage.

To accomplish all of this, Lucid as touted its approach to design as well as its advanced manufacturing process. Lucid says is uses riveted and bonded monocoque body structure instead of spot welds. Most modern vehicles today have a unibody design, which means the frame, floor and chassis are made of a single structure. A monocoque design is typically seen in motorsports with the frame acting as a skin that gets its strength by distributing tension and compression.

Students are falling behind in math during the pandemic

Clubhouse to launch Android app worldwide in a week – TechCrunch

Maybe SPACs were a bad idea after all – TechCrunch

Students are falling behind in math during the pandemic

Round 2 of stimulus checks? House plan would send $1,200 per person—including children